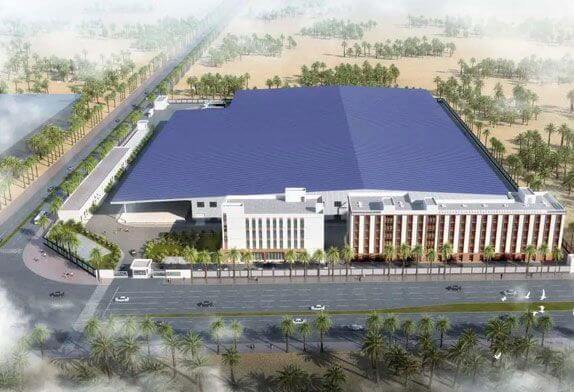 2 Analysis of the key and difficult points of the project

The GRG ceiling has a hyperbolic shape, and it is difficult to copy the drawings and layout. There are many mechanical and electrical pipes on the top, including professional ventilation pipes, professional smoke exhaust pipes, fire blisters, fire sprinklers, and other mechanical and electrical pipes and equipment. The structural roof is a spherical space frame roof, which also increases the difficulty of construction. Therefore, the first breakthrough is to start from the transition layer, the installation structure of the conference center ceiling project. The transfer layer and electromechanical equipment are all installed on the space frame structure. Analyze the stress characteristics of the space structure to meet the safety, applicability, and durability of the entire structural system. The spatial space frame structure can usually be divided into space frame structure and space frame shell structure, as shown in Figure 2. 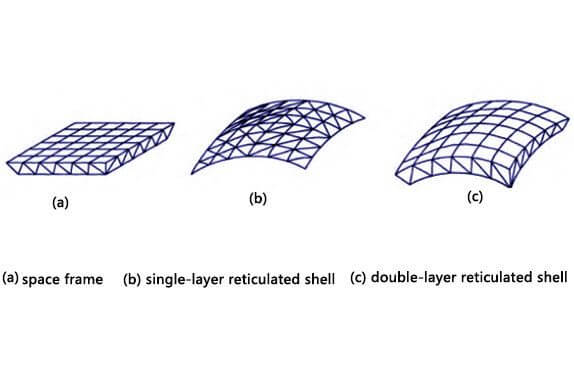 The main structure of the conference center project is a fully cast-in-place reinforced concrete frame shear wall structure, and the roof is a steel space frame structure. The roof space frame is a positive quadrangular pyramid welded hollow spherical node space frame supported by the lower chord and connected to the main concrete column through the spherical bearing. The projected area of the space frame is about 35,880 square meters, with a length of 231.3 meters and a width of 155.1 meters. The four corners of the roof are large cantilever space frames, the maximum cantilever height is 52 meters, and the amount of steel used is about 1,500 tons. Figure 3 is an aerial view of the space frame from above. 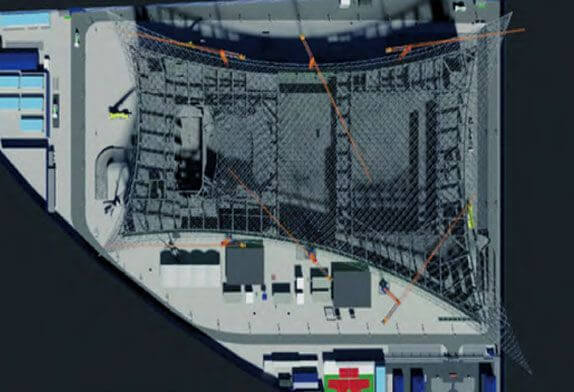 Fig. 3 Aerial view from the top view of the space frame

The stability of the lattice structure is a key issue in the analysis and design of the lattice shell. The stability analysis of the reticulated shell structure not only includes the determination of the critical load, but also the analysis of its post-buckling performance. Including its buckling modes, the corresponding critical loads, and the forward and backward buckling paths around the critical point. The building importance coefficient of this project is high, the span is large, and the stability problem is more prominent. Therefore, the setting of the suspended ceiling of this project should fully consider the force of the space frame structure, and the space frame structure should not be damaged. After analyzing the structure of the space frame in detail, the following breakthroughs were obtained: As shown in Figure 4, taking the lower chord of the space frame as the breakthrough, it can be seen that the ball nodes at the lower end of the space frame are in a line (including vertical and horizontal lines). The columns on the transfer floor are connected to the ball joints in a way, and the horizontal steel frame is arranged in a horizontal and vertical line. The specifications of the columns are calculated and determined, and each column is 10.76m².

Combined with force calculation and construction experience, the following main conclusions are drawn:

(2) The GRG ceiling belongs to the overall surface layer, and anti-cracking is a standard quality problem of the overall surface layer ceiling. The reasons for the cracking of the roof are generally the uneven settlement of the basic structure of the top and the cracking of the GRG finish layer caused by the temperature. In this project, MidasGen is used for analysis, and the reasonable size of the remaining seam is determined. The integrity of the GRG ceiling is guaranteed.