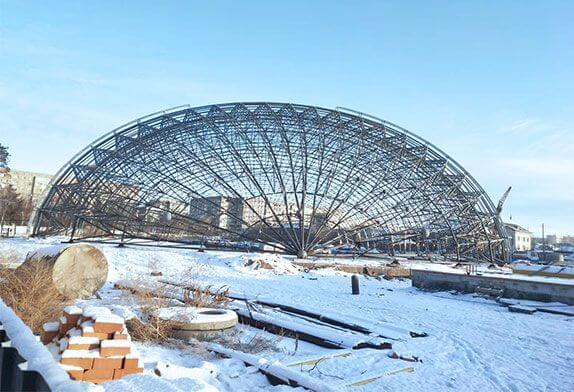 The internal force and displacement of the space frame structure should be calculated under the load in the use stage, and the internal force and displacement caused by the indirect action such as earthquake action, temperature change, support settlement and construction as well as installation loads should be calculated according to the specific conditions.

The variable loads of the steel space frame structure include: roof (or floor) live load, snow load (snow load should not be combined with roof load), wind load, due to the greater rigidity of the steel space frame structure, the natural vibration period is relatively small , When calculating wind load, the influence of wind vibration coefficient, ash load and crane load can be ignored (considered when industrial buildings have cranes).

The above is the permanent load and variable load of the steel space frame structure.

Grateful and Regrettable Due to Covid-19, 2020 was truly an extraordinary year for both customers and LF