Space Frame Design For Gate Of A port In Guinea

Since the 20th century, the spatial structure has been dramatically developed worldwide. Since the advent of the space structure, it has been welcomed by people for its efficient force performance, novel and beautiful form, and fast and convenient construction. In stadiums, convention and exhibition centers, cultural facilities, transportation hubs, and even industrial plants that require large spans and large spaces, traces of spatial structure are all seen.

The space frame structure is a space structure composed of multiple rods connected by nodes in a certain space frame form. The basic units that make up the space frame are triangular pyramids, prisms, cubes, truncated quadrangular pyramids, etc. These basic units can be combined into flat-shaped triangles, quadrilaterals, hexagons, circles, or any other shapes. It has the advantages of the space force, lightweight, high rigidity, and good seismic performance. The entrance gate of a port area in Guinea, as a landmark building of the wharf, combined with Islamic style. Due to the large span of the gate, the top shape is designed with a space frame structure. 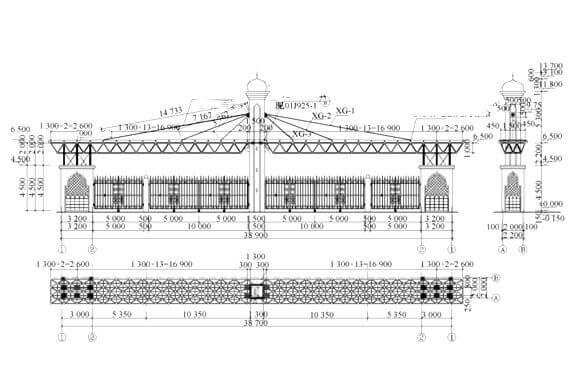 Fig.1 The space frame design of the flat and facade of the gate of a port area in Guinea 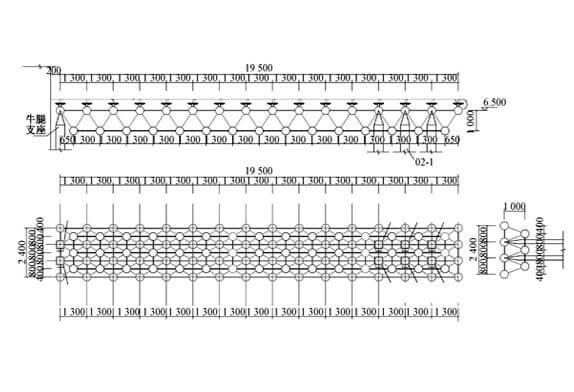 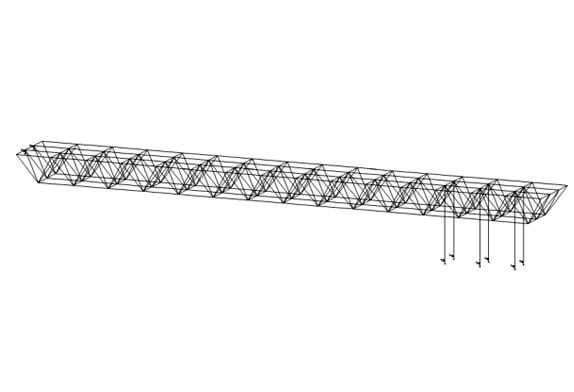 The space frame has the advantages of lightweight, high rigidity, and good seismic performance, and is widely used in large-span roofs.

The sliding units in the exhibition hall are precisely positioned