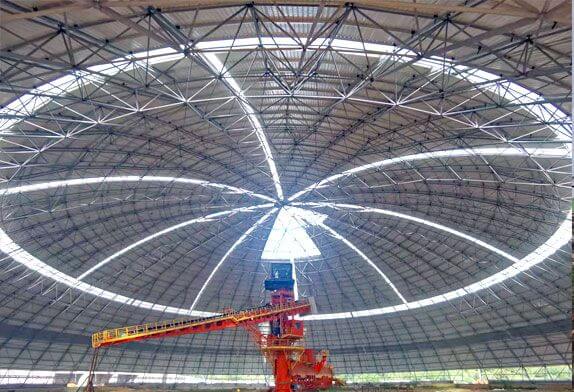 The equipment, civil works, and supporting facilities of the fully enclosed steel structure dome coal yard are expensive. Taking Huilai Power Plant as an example, the soil construction price of each circular coal bunker is about 66 million yuan (the construction price of each circular coal bunker in Huilai is about 39.85 million yuan, and the equipment is 26 million yuan). If the construction foundation is poor, the civil construction investment of the circular coal bunker may be higher. It is understood that the investment in the two closed coal storage bunkers of Zhejiang Ninghai Power Plant is more than 160 million yuan. The advantages of the open pit coal yard are that the investment is low, and the operating cost of stacking coal is low. The disadvantage is that it pollutes the surrounding environment more seriously, and affects the landscape of the plant area, the bucket wheel stacker and reclaimer are arranged in the open air, and have low resistance to severe weather.

The characteristics of the space frame structure