What is a space frame? 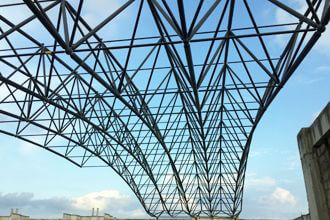 Space frame: a spatial structure system composed of rods, nodes and supports. It is a special case of truss in steel structure. Generally there are square pyramids, triangular pyramids and other structural forms.

What are the support methods of the space frame structure?