home - News - What operating specifications should be followed for reinforcement of steel structures with additional fulcrums?

What operating specifications should be followed for reinforcement of steel structures with additional fulcrums? 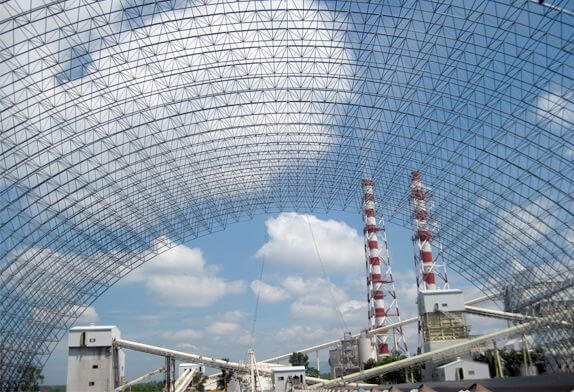 (1)Although the method of strengthening the fulcrum of steel structure is to change the unfavorable stress state of the structure by reducing the span or displacement of the strengthened structure to improve its bearing capacity, it is divided into different types according to the different stress and deformation performance of the supporting structure and components. It is the rigid fulcrum reinforcement method and the elastic fulcrum reinforcement method. The former generally transmits the load directly to the foundation by supporting the roof, but there are also cable-stayed bridges that directly transmit the load to the rigid beam-column nodes or other structures that can be regarded as “fixed points”. In this case, because the axial compression deformation of the force transmission member is small, it can be ignored in the calculation. Therefore, the force of the structure is relatively clear and the calculation is greatly simplified. As for the latter, the load is indirectly transferred to other structures that can be used as fulcrums through the bending or frame analysis of the force transmission member. In this case, since the deformation of the reinforced structure and the force-transmitting member cannot be ignored, the internal force calculation must consider the coordinated relationship between the deformation of the two to be solved.

It can be seen that the rigid fulcrum of the steel structure has a greater effect on improving the bearing capacity of the original member, while the elastic fulcrum reinforcement method is more complex to calculate, but it has a small impact on the use of the original member. Although each has its own advantages and disadvantages, it is not arbitrarily selected in the reinforcement design. Therefore, the selection should be made according to the structural characteristics and working conditions of the reinforced structure.

(2)When designing supporting structures or components, a pre-stressed scheme should be adopted. The size of the pre-stress should be based on the degree that no cracks appear on the surface of the supported member at the fulcrum and no additional reinforcement is added.

(3) The materials used to make the supporting structure and components should be widely determined according to the environment and use requirements of the reinforced structure. When steel components and their connections are used in high temperature or high humidity environments, effective anti-rust and heat insulation measures should be adopted.