home - News - Development of stadiums at home and abroad

Development of stadiums at home and abroad 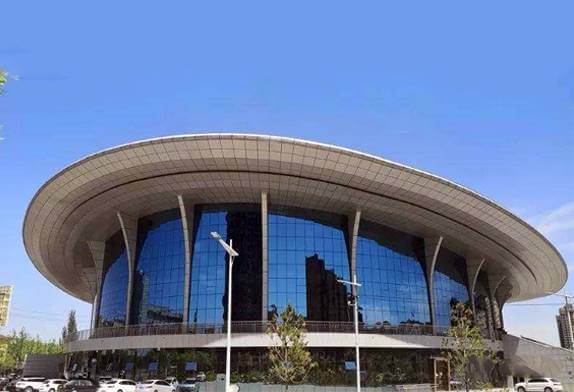 Dating back to the construction of the Colosseum in ancient Rome, we can know that the early stadium construction was no roof. With the improvement of human activity level, people began to realize to enjoy life better and avoid the suffering of the wind and sun. However, architecture is originally a place to provide services for human activities, and it is a true reflection of the level of human activities demand, so the roof of the stadium construction came into being. For example, in 1953, the United States completed the Montgomery Stadium, the roof structure of the use of the concrete ribbed spherical shell. With the rapid development of stadium buildings with roofs, the disadvantages of the large-span concrete roofs are increasingly prominent, especially the difficulty of construction, high cost, and the need for a large number of templates.
Therefore, with the maturity of steel structure design, a large number of steel structure roof forms began to appear and are widely used. From the early space frame structure to the suspension cable structure and cable membrane structure of modern stadiums, high-tech products emerge one after another under the support of new technology, the finite element software analysis is gradually improved, and the selection of large-span roof structures is more and more diversified. The space frame structure first appeared in Germany. The Beijing Workers’ Stadium built in 1961 used the popular spoke-type double-layer cable system, and the Shanghai Stadium built in 1975 used the space frame structure. The development of membrane structure is also remarkable. In 1992, the Main Olympic Pavilion “Georgia Dome” was built in Atlanta, the United States, which is the largest span of cable mesh and membrane roof in the world.

Steel structure roof has obvious advantages of a lightweight, low cost, simple and convenient construction, which just makes up for the disadvantage of large volume concrete roof, and the choice of architectural space modeling is more free and changeable, unique, and novel. Sports, as a cultural activity product derived from human material and spiritual life, will continue to develop and improve with the progress of society. Stadiums and gymnasiums are the service facilities for sports activities, and their development and change are the witnesses of the development of human civilization. With the rapid development and changes in stadium construction, the architectural form and functional layout are becoming more and more free and comprehensive. The previous single-type competition stadiums can no longer meet the demand, and modern stadiums begin to be complex and ecological. It can be seen from the current layout of stadiums and gymnasiums that multi-functional stadiums and gymnasiums often include sports venues, cultural and recreational activity centers, exhibition halls and commercial activity venues. In the aspect of architectural ecology, the architectural design of stadiums and gymnasiums has also gradually strengthened how to make rational use of natural conditions, reduce the construction area, improve the greening rate, and emphasize sustainable development issues such as the harmonious coexistence between architecture and nature, man and nature.

In China, especially after the successful hosting of the 2008 Beijing Olympic Games and the 2010 Guangzhou Asian Games, the Chinese government has promoted the development of sports to a higher level, and the people’s understanding of sports has become more mature. The development of undertakings of physical culture and sports inevitably leads to the vigorous development of the sports venues, combined with the sports venues and earthquake and other natural disasters occur most advantages of shelter and emergency command center, Wenchuan, ya, Yushu earthquake is very period, around the stadium is an extremely remarkable role, so sports venues should be highly valued. In short, the development process of stadiums and gymnasiums is from low level to high level, from simple to complex, from single to diverse, and from superficial to mature. It is along this track that the stadium architectural design has been developing in an orderly and rapid way towards specialization, comprehensiveness, and conscientization.