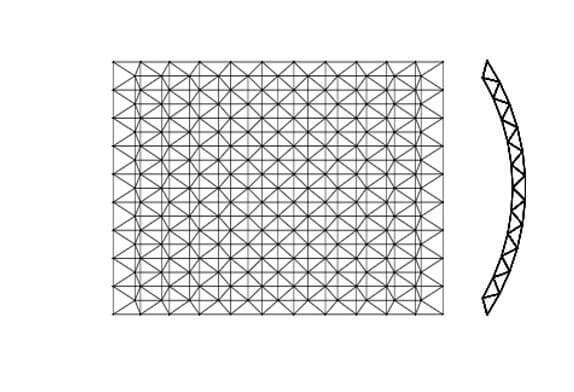 Most of the existing evacuation methods are along the span and length directions, and every four pyramidal units are separated from each other to evacuate the cone edge and lower chord of a unit. We will establish a variety of structural models of different evacuation forms through the steel space structure design software 3D3S for comparison, and expect to obtain a better evacuation plan. The double-layer cylindrical space frame steel structure is subjected to relatively large forces near the support, at the intersection of the cylindrical space frame and the gable, and at the mid-span top of the space frame. In order to ensure the stability and rigidity of the structure, the above three local rods are not evacuated.

The characteristics of the space frame structure