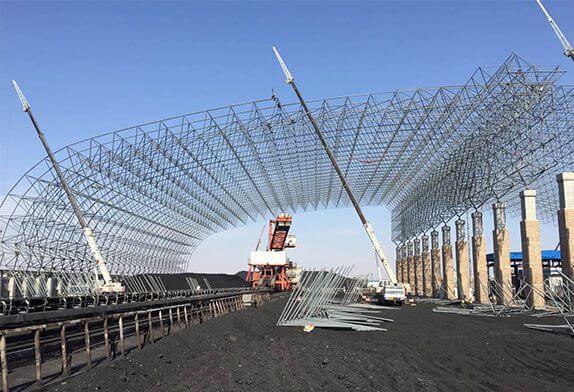 For space frame structures with significantly asymmetrical mass and stiffness, the torsional effect under the action of a bidirectional horizontal earthquake should be included.

In other cases, the method of adjusting the seismic effect should be allowed to be included in the torsional impact. For large-span and long cantilever structures in seismic fortification of 8 and 9 degrees, vertical seismic action should be calculated. The support conditions of the space frame structure can be assumed to be hinged supports or elastic supports that can be moved laterally in two directions, laterally in one direction, and without lateral displacement according to the rigidity of the support structure and the structure of the support nodes.

How to design and install steel space frame horse track

What are the hidden dangers of space frame steel structure buildings? How to avoid them?