The Architecture Culture Center has a total construction area of 80,000 m². It is a multi-functional comprehensive building with a prominent central part and symmetrical left and right wings with a unique style. The convention and exhibition center adopts a large-span curved steel space frame roof, with colored galvanized sheets on the top, and lighting windows in some parts. The entire space frame is a sloping roof with a low front and a high back. The elevation is 44.80m. There is a 17.954m vertical space frame at the front end of the space frame for hanging the glass curtain wall. The dead weight of the entire glass curtain wall (except the vertical space frame) is 42.37t. The sloping roof space frame is suspended for such a large area and heavy load on the basis of the cantilever of 10m, which is the first time in China. 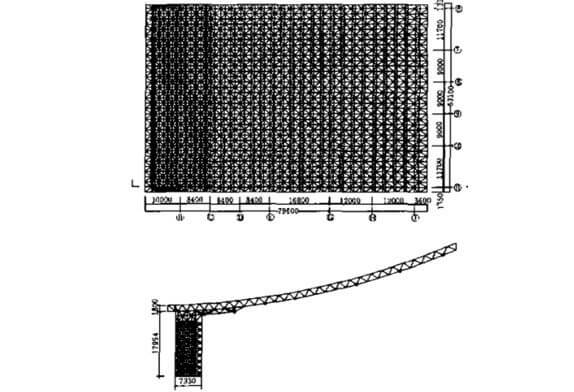 FIG. 1 Plane and elevation of the space frame stricture 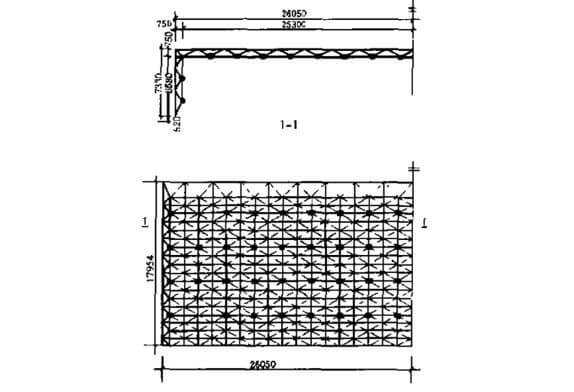