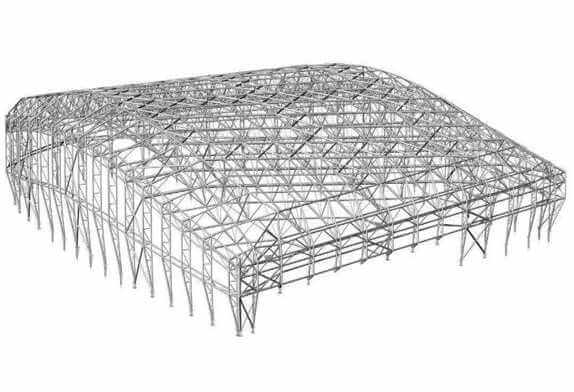 Arthur Vierendeel, born in Leuven, Belgium, is a university professor and civil engineer. The vierendeel structure he developed is named after him. Therefore, the scientific name of the hollow truss is also called Vierendeel truss. Truss has been in existence for a long time, and this can be proved by the use of trusses in ancient structures. People found the importance of triangles in structural design. When analyzing triangular trusses, you can assume that the joints are pinned and there is no bending moment at the joints. The sum of force and moment at the joint is equal to zero.

Belgian engineer Arthur Vierendeel developed a truss in 1896. Its type is not triangular, but a rectangular opening. It is a frame with fixed joints that can transmit and resist bending moments. The definition described by Vierendel in its 1899 U.S. Patent is that it is a beam in which the diagonal is removed, and the vertical member is rigidly connected to the boom through a circular piece, so that the boom and the vertical member actually form a whole .” Later generations named this structure after Vierendeel. This type of truss was first used for some bridges, and later also used for construction including high-rise buildings. By eliminating diagonal components, the impact on the rectangular openings of doors and windows is eliminated.

Vierendeel trusses should pay attention to the simulation of construction conditions, that is, temporary supports cannot be removed before the vierendeel truss is formed. Calculation and analysis should consider the one-time loading mode. Vierendeel truss/frames are more sensitive to settlement/deformation due to the rigid joints. The deformation of the support can even cause the internal force direction of the hollow frame to change. For example, the long-term contraction effect of the core tube in the figure below changes the internal force of the component.