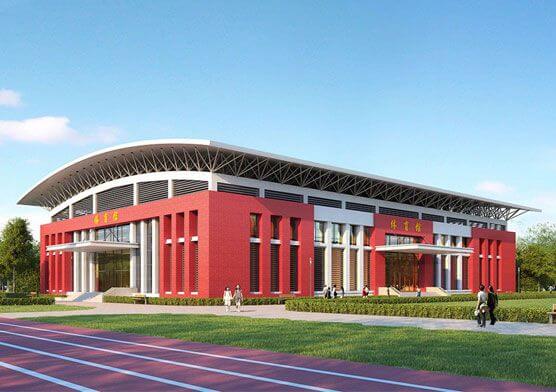 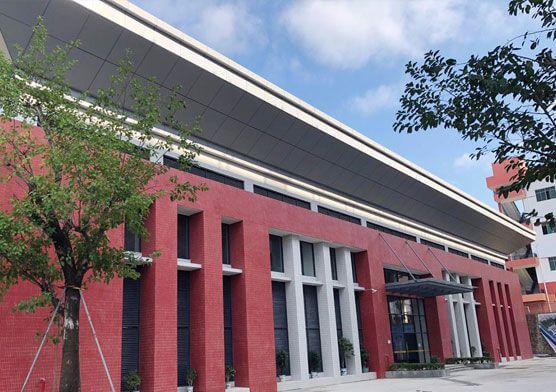 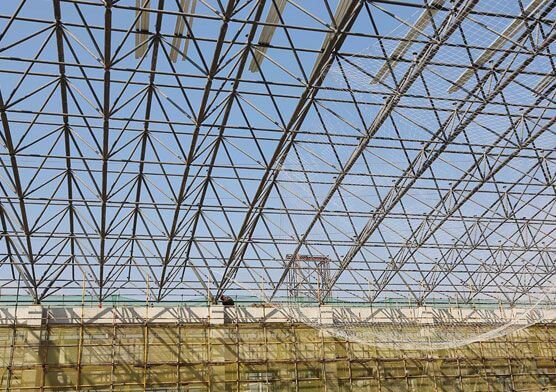 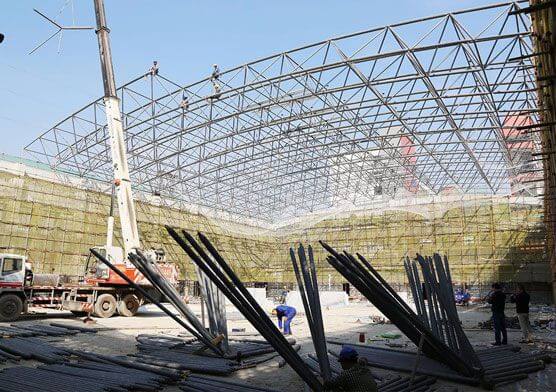 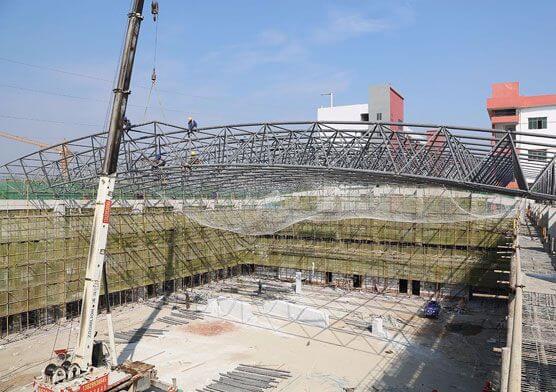 ♦In addition to the dead weight of the steel stadium structure, the dead load and live load of the space frame roof of this project are both 0.5kN/m²; at the upper chord, 1.5kN/m²; at the lower chord; 0.35 kN/m² for essential wind pressure and 0.35 kN/m² for critical snow pressure; the ground roughness is Class B;

1. The space frame structure is the fastest-growing and most widely used structural form among various spatial structures:
The grid structure is a space rod structure composed of multiple rods connected by nodes according to regular geometric figures.

The effect is negligible and the member is only in tension or compression. The space frame gymnasium structure has the advantages of a flexible layout, simple calculation, good seismic performance, convenient production, installation, etc.

2. In order to reduce the self-weight of the large-span structure as much as possible and save the investment, the internal force, and deformation of the structure was calculated and optimized several times during the design. Finally, it was decided to adopt the positive quadrangular pyramid space frame structure, the lower string column point support, and a part of the space frame was removed. The frame nodes are used, and three-layer space frames are used locally to reduce the peak internal force of the grids and improve the stiffness of the space frames.

3. On the premise of satisfying the design strength and deflection, considering reducing the weight of the gymnasium steel structure and the amount of steel used, the bolt ball is made of 45# steel, and the steel pipe, cone head, and sealing plate are made of Q235B steel, and the high-strength bolts and pins are made of 40Gr steel. Q235 steel is used when it is smaller than M33, and Q355 steel is used when it is larger than M33.