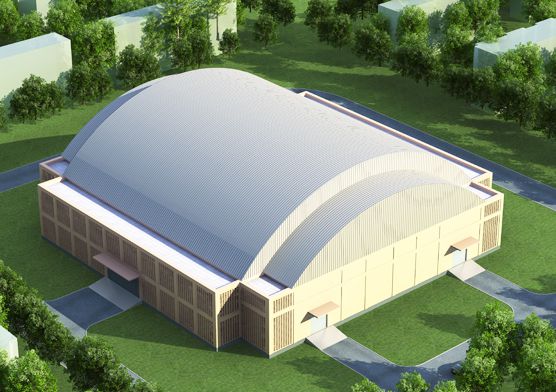 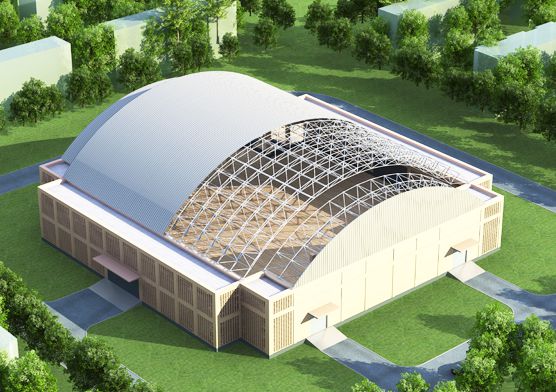 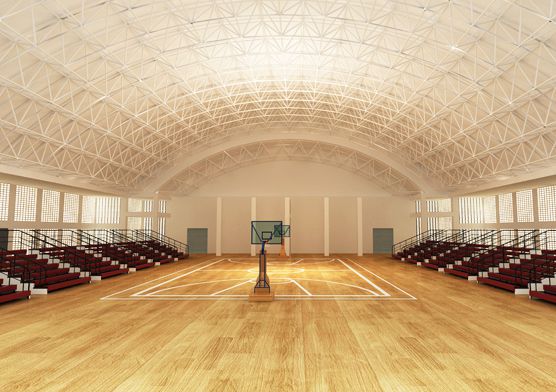 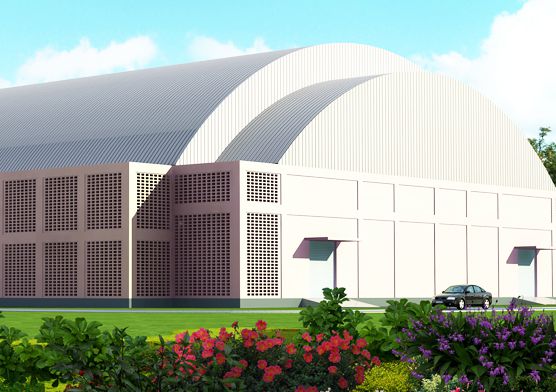 According to the characteristics of the project, this project adopts rectangular square pyramid space frame structure with bolt-ball joint. Space frame is a spatial structure formed by connecting multiple member through joints in a certain grid form.The basic units that make up the space frame include pyramid, triangular body, cube, and square pyramid, etc., which have the advantages of the space force, light weight, large rigidity and good seismic performance.The space frame structure is a high order hyperstatic structure system, which satisfies the latest design concept of steel structure and gives full play to the space stress characteristics of the structure.

Vaults roofs are advantageous for long bays, especially if large clearances are desirable along the center. Such braced barrel vaults have been used for hangars, gymnasiums, and churches.

While these roofs can be supported on columns, they also can be extended to the ground, thus eliminating the need for walls. The roofs usually are relatively lightweight, though spans are large, because they can be shaped so that load is transmitted to the foundations almost entirely by axial compressive stresses.