Fig.1 renderings of the main stadium 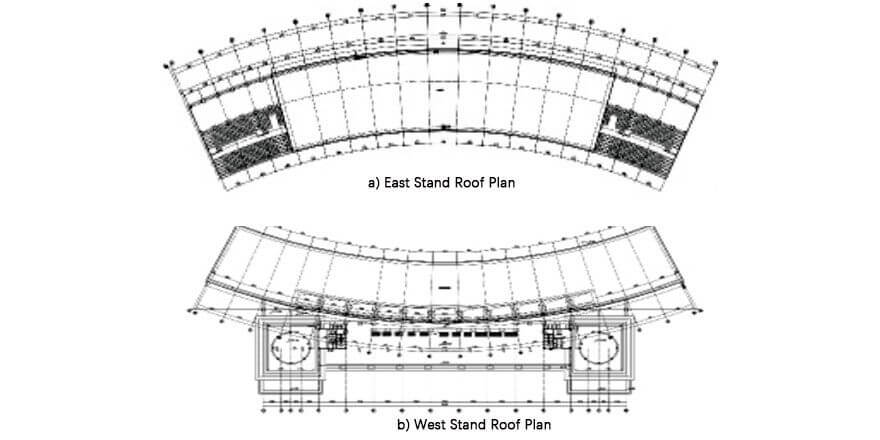 2. The layout of the steel structure of the bleacher canopy

According to the architectural requirements of the stadium and the layout of the lower part of the building, through the comparative analysis of the application of different structural systems, it is finally determined that the cantilever stadium roof design structure with a double fulcrum is adopted, and the cantilevered stadium canopy adopts the form of steel pipe three-dimensional truss.

(1) Main and secondary trusses roof: Combined with the lower stand structure, the cantilevered stadium roof design main truss uses the columns under the stand as the front and rear fulcrums to form a force arm to effectively solve the overturning problem of the cantilevered main truss. The east (west) side grandstand canopy is arranged with 12 (18) main truss units in the radial direction along the column spacing of the lower structure frame, and the main truss spacing is 8.633m between the lower column space truss. The section form of the main truss adopts the inverted triangular standing canopy truss roof structure. (Figure 3) 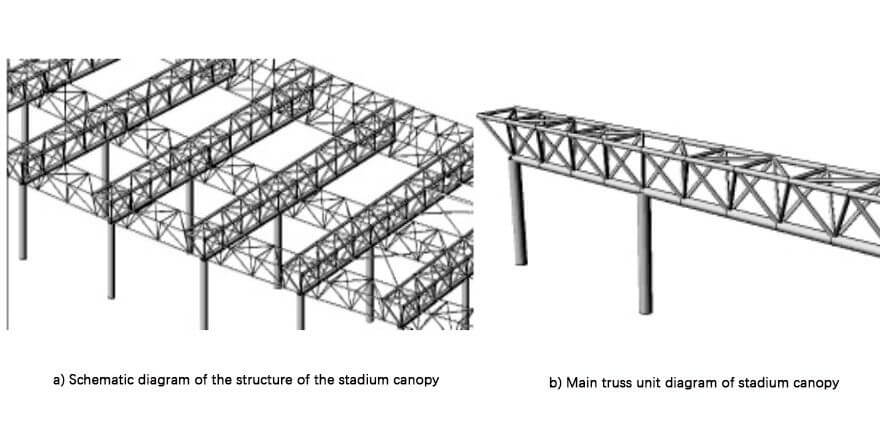 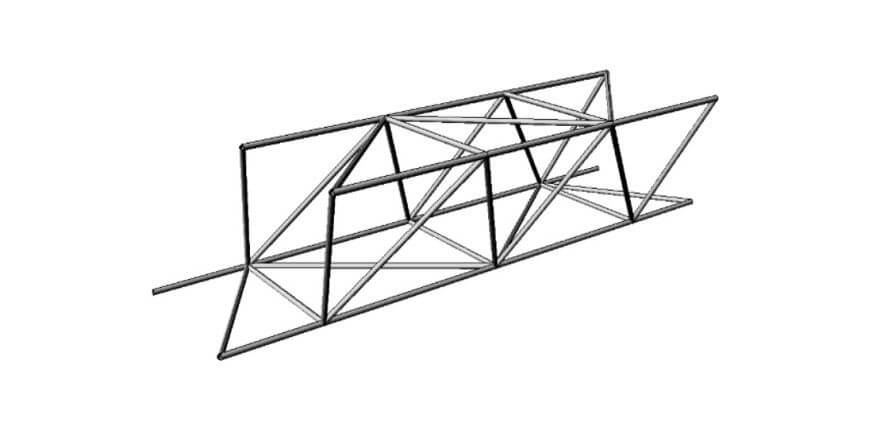 (2) The stadium roof support system is arranged to strengthen the overall stiffness of the roof system, and four roof horizontal supports are arranged at the upper chord spacing of the primary and secondary trusses. The stadium roof system consists of main trusses, secondary trusses, and horizontal supports to form a stable geometric invariant system.